Cannabis Banking: What You Need to Know 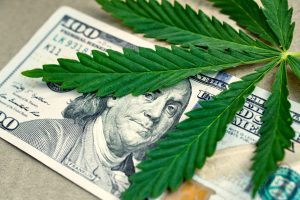 Cannabis has been legalized in either recreational or medical form in more than 30 states. While many states strictly regulate cannabis use to medical needs, some states have legalized recreational use as well.

This growing industry offers many opportunities as well as many challenges. The fact that the federal government has not legalized cannabis use makes banking especially difficult for cannabis businesses. Many firms find they are unable to open federally insured bank accounts while others deal mostly in cash.

The laws and regulations are difficult to untangle. Are you wondering how to navigate the cannabis banking laws for your business? Read on for all you need to know about cannabis banks.

California and Arizona were the first states to legalize some use of marijuana. In 1996, both states passed ballot initiatives allowing medical use of cannabis. Arizona’s law was found to be invalid due to some legal issues around the wording.

Over the next ten years, more than ten other states passed various laws or initiatives allowing for medical cannabis use. As these states moved towards legalization, lawyers and politicians argued about how cannabis-related businesses (CRBs) would function under conflicting state and federal laws.

These questions became even more pressing as some states, including Colorado, Washington state, and Alaska, began allowing recreational marijuana use. States began to issue licenses for growing cannabis, and businesses began to rent land and hire employees. Now, some states even experience cannabis tourism.

Cannabis business is booming in many states. However, CRBs are limited to using cash for their businesses. They do not have access to bank accounts.

The issue comes down to the fact that federally-insured banks are afraid that they could be penalized for taking cannabis-related funds. The law against money laundering could apply to those funds. If the federal government chose, it could prosecute banks for doing business with cannabis businesses.

While momentum is growing to change these onerous regulations, there is still a long way to go. Let’s take a look at the present state of cannabis banking.

There has been some recent movement on a bill that could change this state of affairs. The House of Representatives passed a bill in September 2019 that would allow a legal marketplace for cannabis-related money.

The Secure and Fair Enforcement (SAFE) Banking Act would create a “safe harbor” for banks to handle money from CRBs that operate in states where cannabis has been legalized. The businesses would have to prove they are licensed and compliant under all state laws.

Many banks have expressed their support for the SAFE Banking Act. The Act would allow the banks to create a framework around how the safe harbor would work. This move would also open access to billions of dollars of cannabis-related revenue.

For cannabis-related businesses, this law would also be a game-changer. Currently, cannabis businesses are forced to use cash for all transactions. This includes payroll, accounts payable, and all revenue.

For many cannabis-related firms, this means holding onto tens of thousands of dollars in cash at any given time. Some businesses report having over one million dollars in cash. This is a huge security and loss risk for these businesses.

Other cannabis-related business owners open personal bank accounts and use them for business uses. This opens them up to legal problems as well.

The SAFE Banking Act has been sent to the Senate. It is currently under review by the Senate Banking Committee. If it passes, CRBs would be able to open bank accounts legally.

What’s Next for the SAFE Banking Act?

Unfortunately, the passage of the SAFE Act is not guaranteed. The Republican-controlled Senate has already expressed major concerns with the bill.

Mike Crapo is the chairman of the Senate Committee on Banking. He does not support the legalization of marijuana at the federal level. He also does not favor the passage of the SAFE Act.

The bill may die in committee. If that happens, CRBs will continue to deal in cash until another solution is found.

If the bill does pass through committee to the larger body, it will face strong opposition from Republicans. Most Republican lawmakers still oppose changing the classification of marijuana at the federal level.

The bill also faces criticism from Democrats. On that side, many lawmakers would like to see the wholesale legalization of cannabis at the federal level. They prefer legislation that would present a more holistic solution.

The SAFE Act and others piece together different bills that address banking, finance, taxation, and other cannabis-related issues. Instead, national legalization would allow cannabis-related businesses to function with less risk.

In September, Crapo did express some interest in crafting a cannabis banking bill that would work. He acknowledged that the success of many small businesses relies upon such a bill. He seemed open to working on the House bill or perhaps creating their own bill.

However, news about vaping-related deaths and illnesses started to dominate the headlines in fall 2019. Unfortunately, this seems to have cooled the Senator’s willingness to tie his name to anything cannabis-related.

What Can You Do?

If you are working in a CRB, or hope to join the growing industry, you can act. You can be an advocate for changing the banking and federal legalization laws.

Second, know your state laws and regulations. Make sure that you and your business are compliant! There are many different regulations that affect dispensaries, growers, and other CRBs.

Our company has resources to help you. For training courses and information about state by state compliance, check out our website.

Get Help From Experts

HempStaff is here to help. We offer training courses designed to get you up to speed on the growing cannabis industry.

Do you have questions about cannabis banking or other aspects of compliance? Contact us today!